Before I begin, for those who do not know me, I am deeply committed to positive and « ethological » training. That is to say that I do everything so that my dog can adapt quietly to my life as a human while enjoying his life as a dog and respecting his rhythm, adapting myself. Indeed. I think that dogs are already busting their heads enough to adapt to us (through their communication, doing their necessities/eating at regular hours, learning to walk on a leash etc.) so we humans have to make an effort too!

I would therefore like to point out that any totally closed-minded person will not benefit from reading this article which is therefore focused on the well-being of the dog.

For the others! I will therefore try in this article, to define what is positive education and what is traditional education and why I made my choice. As in a brief, I will start with the negative and finish on the positive.

It’s difficult to do an article on a method that one is opposed to but it seems important to me for young dog adopters and for those who use this method without being interested in the consequences of taking the time to do so. So I will not advocate this method but my criticisms will be argued!

What are punitive methods ?

In terms of thoughts and behaviour, these methods often include the concepts of dominant and submissive personality traits in dogs, inter-species dominance, the need to be the leader of the pack, wolf behaviour, positive punishment, the use of painful tools (e.g. choke collar, electric collar) etc.

I mentioned the positive punishment, which is present in the tools used: the choke collar (or sanitary as they say) is in first place, which is, according to them, indispensable for education (and besides, many say that the harness is only used for LOL traction). Why does it work? The dog will feel pain (either by bumps or by pulling and will stop his behaviour. So we can see that, clearly, we are looking for comfort for the human rather than the dog’s well-being. Because yes, the choke collar is painful ! A good educator will NEVER need this type of tool to educate a dog.

This method seems absurd, doesn’t it? What’s the point of having a dog if it’s not to understand him and constrain him most often by physical or psychological suffering? Well, the answer is simple: it’s quick and it « works » + we don’t consider the dog as a partner but as an inferior being who must obey because we humans dominate!

[Well, it works temporarily, at the cost of psychologically breaking the dog ( acquired/learned helplessness)]

The problem is that many educators still use these methods, which are supposedly not harmful. As a result, people apply what the educators say stupidly. This « foolishness » is not a value judgment of course, it is the application of a professional’s opinion, just as when you go to the doctor you sometimes feel like contradicting him, but you tell yourself that he knows what he is doing. Well it’s the same with your dog, the first session you see that your dog doesn’t seem happy or fulfilled and then you quickly forget because it’s the educator who says so. I do not throw the stone to the young owners who think they are doing the right thing, I throw the stone to those who do not think and persist in spite of the feeling of unhappiness of their dog.

I think the basics when choosing a method is to look at your dog: does your dog look fulfilled or does he show signs of appeasement or even fear? It takes a few minutes and you don’t need to be a canine behaviour specialist to see that. Before choosing an educator, look at the videos he posts. Indeed, many post a lot of videos on facebook/youtube, do not look at them with preconceived ideas but with new eyes, take a sheet of paper and note the signals of appeasement of the dog, the orientation of his body. If the dog sends 3000 signals, that his body is frozen, that he tries to leave… Run away! Personally, I want my dog to enjoy being with me and to do what I want him to do, not to fear me!

Good to know: Does your educator use traditional methods? Yes, he does:

If your educator does that, I sincerely advise you to go elsewhere. These methods do real damage to your dog, your relationship with him and is a source of future aggression out of fear and/or defence. It is important to know that, forcing a dog is a strong risk that he will become aggressive. And above all, it destroys any relationship of trust with him.

Of course, many dog clubs and training courses still advocate these methods. However, a lot of research has shown that these methods are harmful to the education of the dog.

Finally, my greatest wish is that the educators who use these methods take the time to read the recent scientific articles that have highlighted that they are not suitable. I hope with all my heart that they will open their minds and change their methods one day.

It is very important for me to talk about it because it seems more than important to me that all dog owners know and use it. Moreover, the image of positive education is quite negative in France (we call it the bisounours method?!) because it is still not well known and therefore either people are traditional and don’t want to change (think), or people think that for their dog it won’t work.

What many people think about positive training :

And many others … As soon as we talk about the positive, the critics fuse, without being scientifically founded ..

When in reality it’s quite different! It is an educational approach but the objective is not only respectful education where the dog has limits for his safety. It is above all the attempt to have a harmonious relationship between human and dog by placing him on the same level as us in the sense that it is not up to him alone to make compromises.

➡️ ➡️ The goal is to have a relationship of trust and respect the singularity of the dog while having rules / limits for his safety.

To me, in this method, the most important is:

Respect for the dog in its singularity, we do not try to have a docile dog who fears his human, we want a dog with a personality and defects that will be corrected to the maximum in a good mood.

The coherence: we try to be on the same wavelength, we remain stable in what we learn to the dog and we use the same verbal or non-verbal signals → no need to use force, to break the dog, just consider him as a partner who wants to learn.

Human-dog mutual understanding is paramount. The dog is not an inferior, far from it, it is a team-mate in training ; So you have to know the dog: the « calming signals », the concept of leadership, the fact that the dog is not a wolf etc. and observe your own dog(s) !

⇒ it works for everyone: anxious dogs, aggressive dogs, etc. especially for dogs who have socialization difficulties and lack of confidence in the human.

How does it work ?

In this method positive reinforcement is used, i.e. good behaviour is encouraged and rewarded so that the dog repeats it because it has an advantage. These rewards can be treats but also (and this is what I have always done) verbal rewards and caresses! Motivation and therefore good humour are the key to this approach. The dog does what it is asked to do out of pleasure. In order to stay in a positive objective, bad behaviour is ignored. By doing this, we do not reinforce the behaviour by showing interest, so the dog will stop as it goes along. The goal is also that the dog is socialized to the maximum extent possible to its environment whether it is human, animal or non-animal, and that these experiences are positive and not stressful.

Education based on positive reinforcement is linked to increased gambling behaviour (Rooney & Cowan, 2011). It has been shown that dogs like to work to earn a reward called the « Eureka effect » (McGowan et al., 2014). This means that training based on positive reinforcement can contribute to positive well-being as an enrichment activity for dogs, whereas aversion techniques are associated with risks to well-being.

We will also take the time to observe your dog: what behaviour he shows in what situation and why, identify his stress signals, define his comfort zone in different situations, what are his fears and preferences, are there any stressful situations that come back etc… You don’t need to have super advanced knowledge in canine ethology, you just need to train, take notes, identify recurring situations and you will see that it will become easier and easier and automatic!

As you will have understood, this method is strongly opposed to traditional methods since it offers an education without constraint or moral or physical suffering. Moreover, it rejects the fact of being the leader of the pack who decides all the time (see article « my dog is dominant« ).

This method, like the behavioural method in human psychology, is based on scientific facts and research which are becoming more and more numerous, for example:

Ben Alexander et al 2011; Hiby et al 2004 -> the positive method allows an increase of the general obedience of the dog

Haverbeke et al 2010 -> dogs are less frightened by their owner

N. J. Rooney & S. Cowan, “ Training methods and owner-dog interactions: Links with dog behaviour and learning ability ”Applied Animal Behaviour Science (2011) –> Reward-based dog training has positive effects on their behavior and increases their learning abilities. Indeed, dogs that are educated by reward-based and patience-based methods, interact more with people they do not know, are more players and perform better when they need to learn a new exercise. compared to dogs educated by physical reprimand

The most positive point is that the results are long-term. Indeed, traditional methods can be effective in the short term, however, a restrained dog is a dog that can potentially be dangerous to himself or others. In fact, with positive education, since we place the dog as a partner and take the time to understand him, it sometimes takes more time but the dog UNDERSTANDS and therefore it will more easily become anchored in his daily functioning. 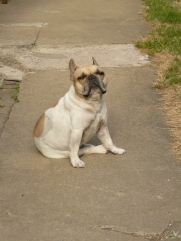 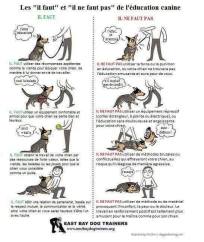 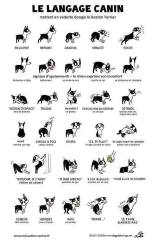 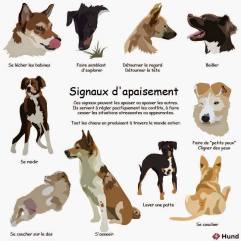 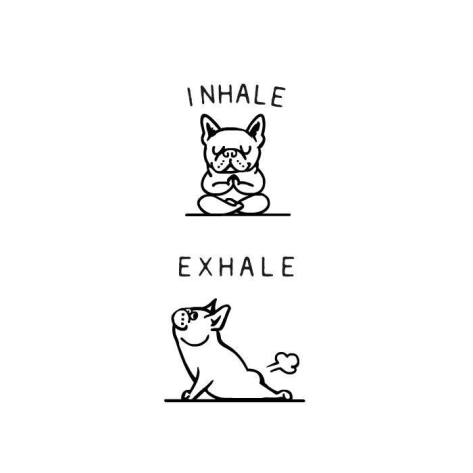 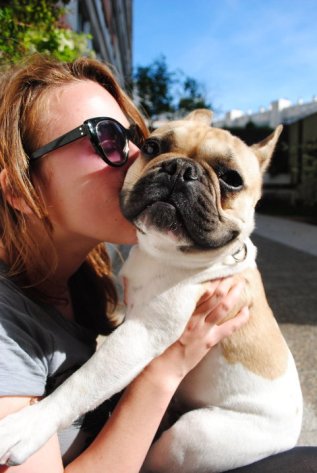